The most important aspect of 45 Silver Street is its rich and interesting history. Known as “Dame Tibbetts Tavern” and built in 1728, it is one of the oldest houses still standing in Dover. Dame Lydia Tibbetts was not the first inhabitant of the house, but while married to Captain John Tibbetts, took up housekeeping there in the late 1700s. John was lost at sea not long after, and the Dame, who was known for her great cooking and hospitality, turned the large colonial into a tavern. While she lived and ran the tavern at 45 Silver Street, Daniel Webster frequented the tavern when in Dover overseeing the courts as a judge. The Fish & Potatoe Club was formed here, and both founders of the Dover Manufacturing Company, John Williams and Isaac Wendell, made 45 Silver Street the birthplace of their company, meeting there to plan out the vast mills they were to eventually build on the Cocheco River. The tavern was a very respectable and famous social gathering place in Dover for many years until the death of Lydia, when it was auctioned off. We have a framed copy of the original auction notice, dated August 8, 1837, and it can be seen in our beautiful conference room hanging on the wall.

The house was also the home of Captain Benjamin Oliver Reynolds and his wife Martha from 1871 to approximately 1891. Captain Reynolds commanded the “Jonathan Sawyer” built in Bath, Maine for the Dover Navigation Company. 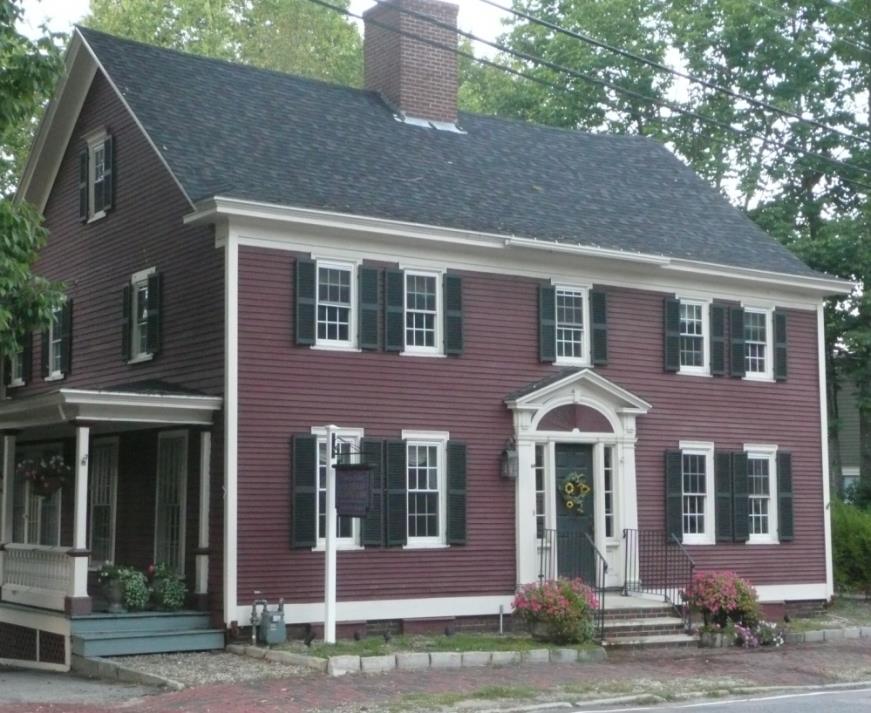